Good afternoon to everyone. I am Vice president of The Croatian Geoeconomic forum that is a member of the Silk Road think tank network founded by Development Research Center, of China’s government.

The Belt and Road has potential to make economic globalization more fair and balanced and – as would say Chinese President Xi Jinping – it is designed to be a “guardian of globalisation”. I am glad that we all in this room share values and goals of the BRI like more free trade, more investments, more jobs, more culture and friendship among nations.

How Croatia understands the BRI?

Lack of knowledge has been perceived as an important obstacle for closer cooperation between “16 plus one” partners. That was the reason why 2017, was proclaimed as a year of media cooperation.  It also could be applied to the Bet and Road Initiative. So I will try to throw out some pointers.

Croatia has become more focused on the Belt and Road in 2016 with coming of new Croatian Government. In 2017, on May 14, in Beijing, The Croatian government signed the Memorandum of understanding on Belt and Road cooperation with China’s government.

In 2017, on September 12, in Zagreb was signed The Memorandum of Understanding between the Ministry of the Interior of the Republic of Croatia and the Ministry of Public Security of the People's Republic of China on co-operation during the tourist season. China has become the first non-European country to join the Safe Tourist Season program.  Some 200 thousand Chinese tourists are expected to visit Croatia next year. That MoU is indirectly connected with 16 plus one cooperation.

The "16 plus one" summit of PMs will be hold in Budapest in November and Croatia's Prime Minister Plenković is interested in hosting a meeting of "16 plus" one meeting of tourism ministers in 2018. 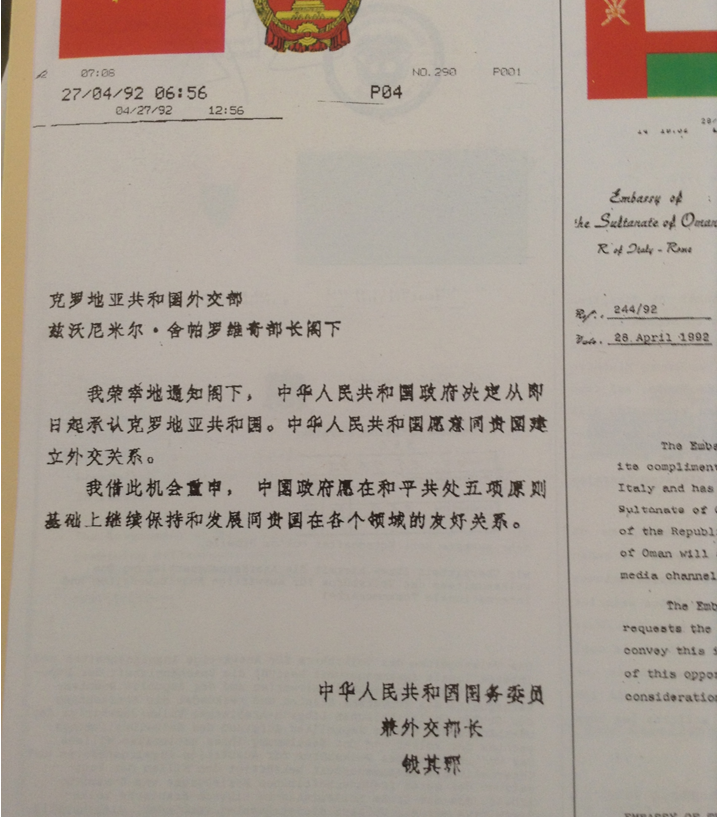 In 2016, on November 5, in Riga, was signed The Memorandum of Understanding (MOU) on cooperation in ports and port industrial parks between the Chinese National Development and Reform Commission and the Croatian Ministry of the Economy. The states agreed to promote co-operation between companies in the states investment, construction, modernization and management of ports, as well as development, construction and management of port industrial parks, investment in projects and construction of railways. That MoU should be understood as well as an impetus to The Belt and Road deeper cooperation.

These memorandums have been very positive move forward in Croatia’s relations with China.

However, many economic, financial, and business aspects of the BRI has to be discussed because realisation of its projects means a very long journey. It means Croatia needs to build deeper knowledge on instruments, funds and benefits of the BRI, or on its   transparency and participation of private sector.

Croatian academic community and business associations are very well equipped to give comprehensive and relevant answers what could be Croatia’s benefits and challenges under the Belt and Road framework.

The BRI could be also explained as a mechanism for Croatia to gain more knowledge about China and Asia investment conditions and plans.

The opinion based on experience and knowledge need to have a chief voice in explaining the BRI – not prejudices. Here I have not time to expand this topic on wrong reading of the BRI in Croatia but must to mention the most widespread prejudice that "the European Union is against the BRI." The fact is that Bel and Road Initiative has significant support of the EU. The important document of the EU like "Elements for a new EU strategy on China" shares with the Belt and Road ideas on "connecting the Eurasian continent via physical and digital networks.

What are the BRI’s opportunities for Croatia?

There is a wide spectrum of the BRI's opportunities for Croatia. Like every Road and Belt partner, Croatia wants its economy to succeed using local companies and local labour.  The BRI encourages all participants to discuss their national benefits in that way but Croatia has also to consider that the most eligible projects are those that could contribute to more than one country to benefit from the BRI.  In reality it means Croatia needs to stretch its bilateral strategy towards China giving it a regional, and global dimension, too.

Currently the level of Chinese investments is modest in Croatia but it could be changed fast.  The country has opportunity to specialise itself inside the Belt and Road focusing on Maritime Silk Road that is a story on trans modal logistics, speedy transfer, and speedy distribution. Of course Croatia should also research potential of the Central land corridor of the New Silk Road which passing very close to Croatia.

To transform itself in logistic hubs, economic zones and transport corridors inside of BRI framework   Croatia needs big investment in its sea ports as well as in the hinterland ports as Vukovar and Osijek. Croatia is the only country in Europe that has the privilege to have the coasts of the Danube and the shores of the Adriatic Sea. This unique position can be significantly upgraded through the Belt and Road Initiative and “16 plus one”’s Adriatic-Baltic-Black Sea Seaport Cooperation". The idea on three seas and inland waterways and ports cooperation was accepted at the 4th China-CEEC Summit in November 2015 in Suzhou. As I said above the BRI and „16 plus one „ are complementary and have similar mechanisms of cooperation. In the future it will become one economic development diplomacy.

The BRI’s challenges  and keeping the future in the focus

China builds its economic links with Southeast Europe mostly through lending capital. That way of economic relations is not appropriate for Croatia because it is heavily indebted country. My paper The "Belt and Road" Initiative and its implications for South East Europe (2016) recommends other forms of cooperation such as concessions and public-private partnerships.

However, the biggest challenge for Croatia could be ignoring changes that BRI and China’s investments bring to its neighbourhood, Europe and   Asia’s infrastructure, trade and energy sectors. Staying out of new global maritime and land routes – that are and will be built in the near future and connected with old ones in a new way – could seriously endanger Croatia’s capability for keeping the future in the focus. 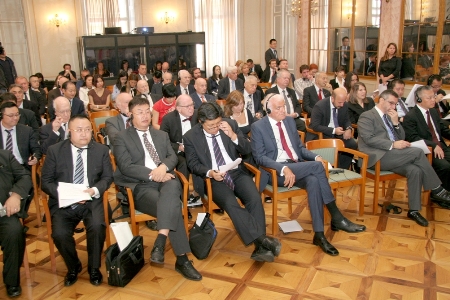 Recommendations for Croatia to benefit from the BRI cooperation

– to make an explicit strategy for positioning Croatia to benefit from the BRI and “16 plus 1” diplomacy.

– to establish Croatia’s   Bet and Road Group in Beijing by Croatia Embassy to China and Croatian companies present in China’s market or interested to be there.

–  to raise understanding of the BRI through experience, knowledge and facts.

–  to explain The BRI as a mechanism for Croatia to gain more investments from China and Asia.

–  to interpret the BRI as a valuable resource for   getting an insight into investment plans and economic interests of China and Asia.

–  to keep in mind the most eligible projects are those that could contribute to more than one country to benefit from the BRI.

– to initiate a South East Europe BRI dialogue focused to bring a greater clarity on benefits of “shared development”. The Belt and Road Initiative’s results depend on contributions from more than one country – what asking of Croatia to coordinate its development policies with its neighbouring countries involved in BRI.

The BRI implementation  faces many challenges but it is natural because there is no such a thing like a permanent progress. I hope Croatia will abandon its orientation towards its political past and become much more interested in keeping the future in the focus thorough working on the BRI success. Thank you for your kind attention.