Why people believe in Chinese vaccines 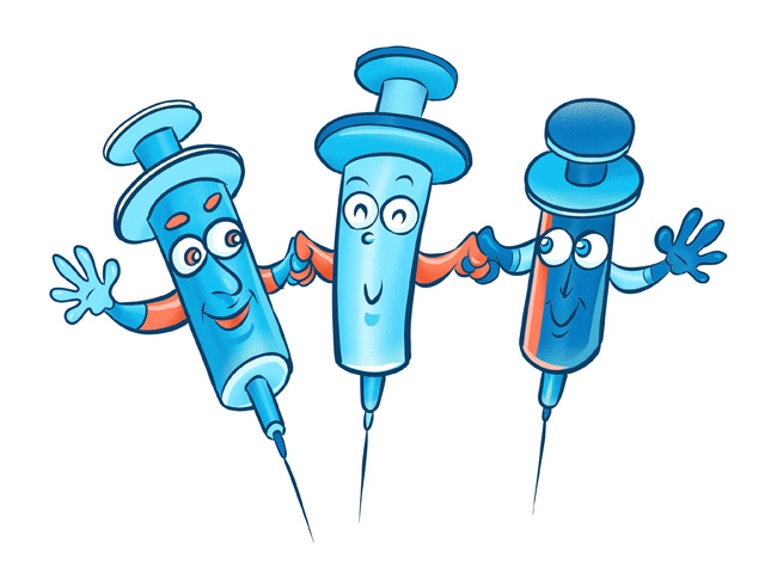 Although vaccination against the novel coronavirus is on in full swing in many parts of the world, there is still a lack of effective global response and balanced vaccine distribution. We therefore need to keep our fingers crossed and hope vaccines will be used to serve the primary purpose of saving lives, and not be abused to win geopolitical and big-business races.

When the Pasteur Institute in France announced it was abandoning its clinical trials on vaccines, national politicians called it a "national humiliation" for France. Which shows how a politically neutral issue of vaccines can turn into a question of state prestige and power, and affect international relations.

So, even if it may sound like a boring cliché, we should repeat billions of times: People's lives should be given priority irrespective of the competition among global powers－and among multinational corporations－for scientific and vaccine domination.

Make no mistake, people in no country want vaccine rivalry. People do not care which country the vaccines come from; their only concern is whether they are safe, effective and available. Monetary scientist Dubravko Radoševi, for example, has complete trust in Chinese-made vaccines. "My trust is based on Chinese research in the field of medicine, especially virology, the institute in Wuhan is known for this, as well as the university and faculty of medicine in Wuhan," Radoševi said.

As for Serbia, it has vaccinated most of its population, more than many other countries in Europe. Serbian people can choose to take vaccines made by China, Russia or the United States. But Serbia has purchased most of the vaccines, 1.1 million doses, from Chinese company Sinofarm, while US and Russian vaccines together make up 7 percent of the total.

Many Serbs living in European Union countries intend to return to Serbia, as do many from neighbouring countries, to get vaccinated because vaccination rates in EU member states are relatively low because of slow vaccine supply by US company Pfizer and British-Swiss firm AstraZeneca.

Perhaps inspired by Serbia's openness to all kinds of vaccines, German Chancellor Angela Merkel said Germany is considering buying Chinese vaccines to boost its sluggish vaccination program. And while Turkey has given the green light to Sinovac vaccines for emergency use, Hungary became the first EU country to approve vaccines from China. In fact, Hungarian Prime Minister Victor Orban said he trusts the Chinese vaccine the most.

However, some European media outlets have not stopped furthering some major powers' geopolitical and ideological game of blaming China for the spread of the virus and doubting the efficacy of Chinese-made vaccines.

Vaccines should be viewed only from the efficacy and safety point of view; their country of origin should not cloud judgment. Decoupling vaccines from science and human health will make the world an even more vulnerable place than what it was at the peak of the pandemic last year.

Many see the 27-member EU's feud with AstraZeneca over vaccine supply as a weakness of European institutions. Sweden, Denmark, Finland, Lithuania, Latvia and Estonia have asked the European Commission to pressure Pfizer-BioNTech to swiftly supply the required number of vaccine doses. And Germany and Switzerland have challenged the efficiency of AstraZeneca, and the German minister of finance criticized the European Commission president for her incompetence in matters of vaccine supply.

The EU has the capability to develop and make new and more vaccines than what it is doing now. But at present, China appears strong on the global vaccine frontline.

Many in Europe consider the Chinese government's prevention and control measures as the global standard for containing the virus, and appreciate its medical aid to other countries.

China's efforts and policies to strengthen the global fight against the pandemic, by declaring Chinese-made vaccines global public goods have narrowed the space for a small group of rich countries to buy most of the vaccines. China has promised to provide tens of millions doses of COVID-19 vaccines for low-and middle-income countries this year under the framework of COVAX, which is backed by the World Health Organization. And accordingly, Chinese pharmaceutical companies have increased the production of vaccines.

Moreover, Chinese intellectual forces have helped increase trust in China's vaccines in many European countries. The Chinese Academy of Sciences, Chinese Academy of Social Sciences, the Development and Research Center of the State Council and its global network SiLKS, and other organizations have organized video conferences on pandemic prevention and control with host countries' cooperation in innumerable places around the world.

Daily engagement of"17+1" (17 Central and Eastern European countries plus China) think tanks to provide information on the pandemic and global prevention and control measures has helped people in this part of Europe to better understand the global public health crisis.

We cannot contain the pandemic if the vaccine race among states, and among states and vaccine manufacturers, does not stop and all the parties start working together to improve global health. So we hope the US soon reconnects with China and the EU to reach a consensus on vaccine manufacturing and supply, so as to save human lives.

The author is president of the Geoeconomic Forum Croatia. The views don't necessarily reflect those of China Daily.