We live in integration times

Since we live in integration times Geoeconomic forum(GEOFO) considers important to provide and spread of knowledge about processes of integration and foreign policies which have power to affect the Republic of Croatia, and every day life of its citizens, Southeast Europe, Europe and the World.

The Forum encourages that kind of Croatian economic culture that gives the advantage to the social solidarity.

Geoeconomic forum is dedicated to being a resource to help people better understand  Southeast Europe, Europe, the World and the foreign policy structural and political  choices facing Croatia and the Region.There is a real lack of konwledge about these things international, and purposes  of Croatia's diplomacy.

Geoeconomic forum is oriented to quality, independence,  and impact. Activities, the analysis and recommendations of GEOFO' s experts  absolutley reflect its commitment.

The Silk Road Think Tank Network (SILKS) was launched during the 2015 Silk Road Forum held on October 28th and 29th, 2015, in Madrid. The Network includes more than 40 other think-tanks and international organizations.

BEIJING - June 9 - 10, 2020 - The Global Cloud Forum on Improving International Cooperation in the Fight against COVID 19 was opened by Xu Lin, Director of the State Council Information Office, and the head of the Cyberspace Administration of China, and chaired by Xie Fuzhan, President of the Chinese Academy of Social Sciences.

The Chinese Academy of Social Sciences, the China Center for International Economic Exchanges, the Institute for Contemporary China and the World, the Chongyang Institute for Financial Research of Renmin University of China, the Center for China and Globalization (CCG), and the Russian International Affairs Committee, the Latin American Council for Social Sciences,  The South Africa Humanities Research Council, the European Policy Research Center and the British East Asia Commission jointly  organised and sponsored the Global Cloude Forum.

Former Croatian President Stjepan Mesic was one of the introductory speakers at the Forum together with former Japanese Prime Minister Yasu Fukuda, former Australian Prime Minister Kevin Rudd and Ban Ki-moon, chairman of the Boao Forum for Asia and former UN Secretary General. On April 30, 2020, Institute of European Studies CASS, hosted a webinar the Experience and Prospect of China-CEEC Cooperation in the light of the COVID-19 Epidemic. The webinar was featuring the leading experts from CASS and think thanks from Central and East European countries that expressed, at their video-meeting, the need for a permanent coordinated approach to restrain the spread of the Covid-19 and combat fake news. They discussed more in-depth China and Europe relations in that new global environment that asked of them more close cooperation and supported China-CEEC Think Tanks Network a country level reports. On April 22nd 2020, the National Academy of Development and Strategy (NADS), an independent non-profit research think tank of Renmin University of China (RUC) organized  an international informal video meeting entitled „The Situation in Europe and America
under the Covid-19 Outbreak and its impact on China-EU and Sino-US relations and policy trends in the fields of public health and anti-epidemic.

on the U.S. elections and the challenges the pandemic poses to international cooperation and the world economy for Croatia’s Daily Newspaper Večernji List, Obzor. 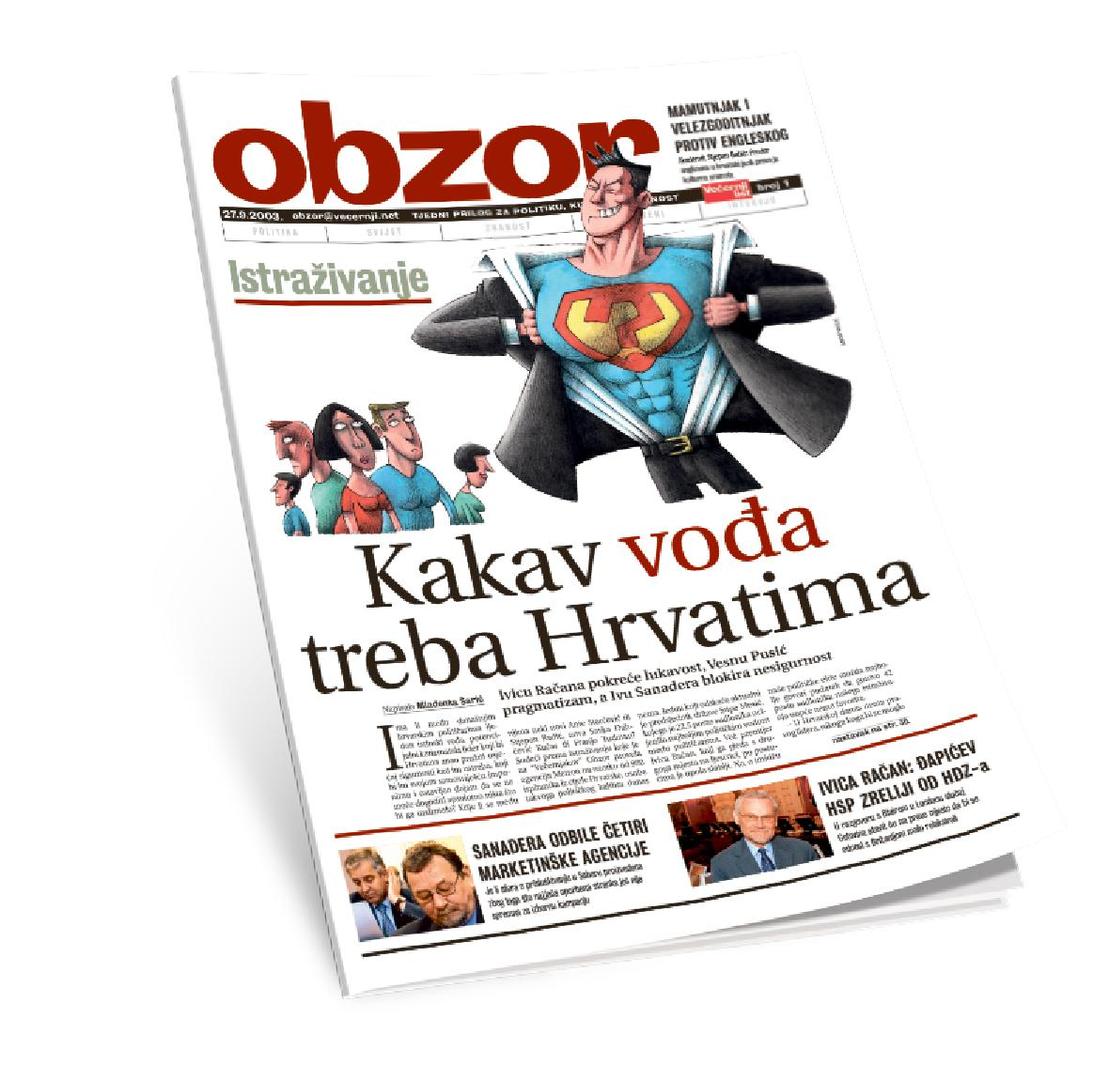 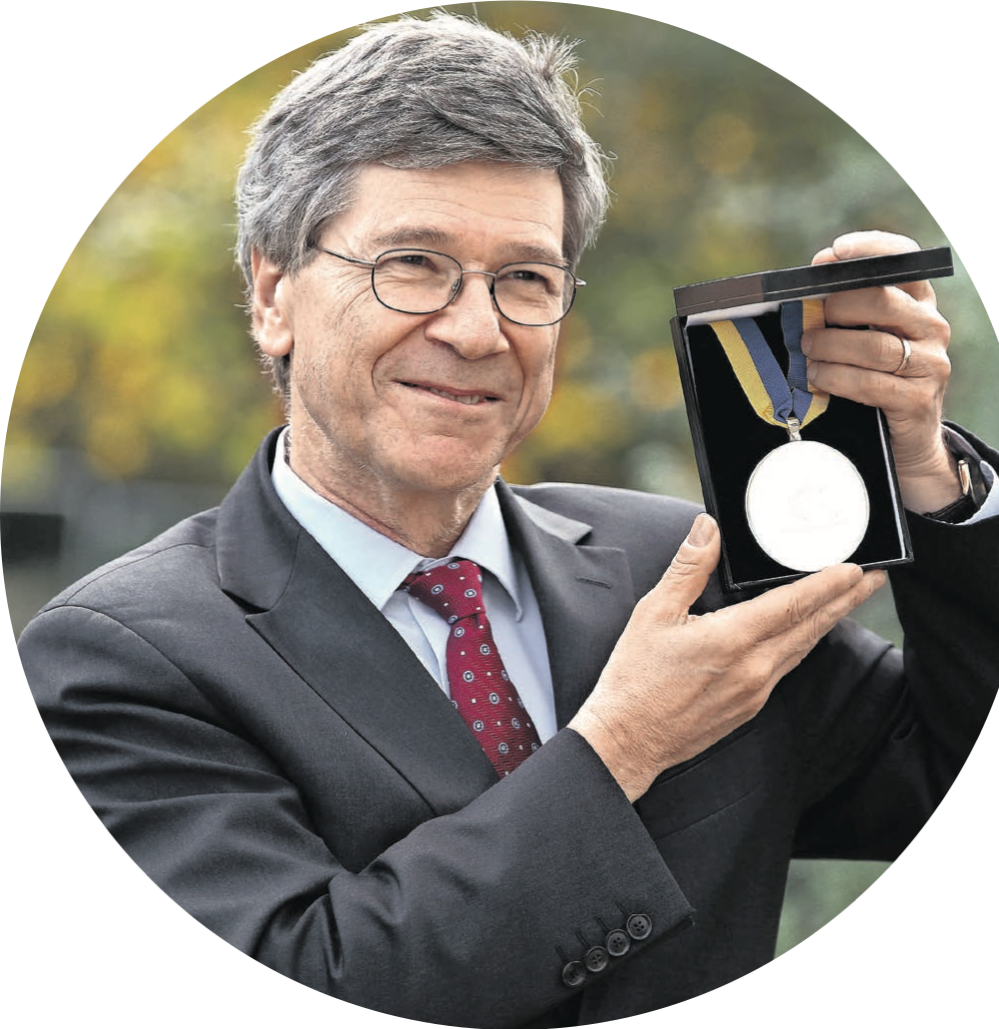 Jeffrey Sachs: If China, Russia, the EU, the African Union, ASEAN and others can find a common ground for peace and sustainable development and work together the United States cannot stop them.

I have met Jeffrey Sachs at several international conferences where he persistently advocated for sustainable development and the green economy. I admire his courage to fight for the values of American democracy, the preservation of the Earth, and the multilateralism of global institutions despite the atmosphere of intimidation that has spread strongly online in the U.S. especially after 2017. He and his wife Sonia Erlich Sachs, a pediatrician, endocrinologist and public health specialist, have produced many academic achievements and poverty reduction projects (Millennium Villages Project) that have made the world a better place. There are many people in the U.S. who think they will be the ideal presidential couple for 21st century America.

Jeffrey Sachs is the world’s most influential economist and a United Nations adviser on poverty reduction and sustainable development. He is currently a professor at Columbia University, where from 2002 to 2016 was director of the Earth Institute at that University. In the early 1990s, he advised the Soviet Union and Yugoslavia on their transformation into a free market economy. His new book on global problems is called The Age of Globalization: Geography, Technology, and Institutions.

Since 2018, he has been one of the most visible critics of US President Donald Trump in the United States. He most often warns of the dangers posed to America by Trump and his administration that have lost the “real meaning of democracy” and the notion of decency.

Deeply concerned about the current state of his country at the beginning of the year, he supported Bernie Sanders for president and advised him from time to time. After Bernie Sanders gave up the presidential race, he will support the winning Democratic candidate.

"I will support the Democratic Party candidate, probably former Vice President Joe Biden. Trump is the worst president in American history and is a serious threat to the United States and the world. "

He does not think that the strong health and economic crisis in America caused by Covid-19 can stop voters from giving Donald Trump a second term.

"It is not necessary. Trump has a very powerful propaganda hand in Fox News. Elections can go either way. This is a dangerous time. "

Trump's hard unilateralism in international relations became the dominant theme after 2017, when the period of American "multilateral unilateralism" ended. American soft power and its democratic values look weaker than ever. The stability of the world and the state of economic interdependence are threatened, but global powers such as the European Union, China and Russia have not yet devised a joint strategy to combat Trump's toxic international behaviour.

"The United States remains financially powerful through the global role of the dollar, in military form through NATO and weapons technology, and economically through an economy of $ 20 trillion. Many countries are afraid to break with the United States even when they disagree because they fear sanctions or other retaliation. "

The behaviour of the US administration towards the World Health Organization (WHO) after the outbreak of the virus seems geopolitical and unfair, although a shift towards community was made at the recent annual video assembly of the WHO. French President Emmanuel Macron said the only priority worth discussing was stopping the disease and rejecting unfounded accusations, alluding to the United States.

It would have been natural for other WHO's members to immediately suspend America’s membership of the WHO but instead, Trump humiliated the WHO in the way it did before with the WTO, NATO, the nuclear deal with Iran and the Paris Climate Change Agreement. Global governance institutions despite their long tradition and all kinds of capacities seem to have helped Trump to degrade them.

"The world is waking up because of Trump's narcissism and psychopathy. He is mentally disturbed. Many of his followers in the United States do not see this or have some other reason to ignore it. But for most of the world, it's getting clearer. "

Professor Sachs was among the first who rejected the approach that China deliberately spread the virus in the West and supported China as a victim of the virus.

"There will be a lot of independent studies. I believe it will show overwhelming evidence of a zoonotic event that was not related to the laboratory release. This is almost unanimously believed by scientists around the world. Our Secretary of State Mike Pompeo said there was incredible evidence of a laboratory release, but he never put forward such evidence. I doubt Pompeo is lying. If he's telling the truth, he should show the evidence. "

Is it fair to say that Trump’s re-election could mean that there will be no effective global strategies by governments and institutions to control the return of Covid-19?

"The question is whether China, Japan, Korea, the EU, the African Union, ASEAN, and others can cooperate. I hope they can. The world needs it. The US has become a destabilizing force under Trump. This administration is trying to start a new Cold War with China that would be dangerous for the whole world. "

I cautiously suggest that after the pandemic and eventual defeat of Trump, the world needs a new order and a new economic globalization as a model of international connectivity that can close the deep gap between rich and poor countries.

"The deep crisis can now go either in the direction of a new sustainable path or a bigger conflict. Both results are possible. Some will depend on the US election. If Trump is re-elected, the world will be far more dangerous. But much will depend on whether China, Russia, the EU, the African Union, ASEAN and others can find a common ground for peace and sustainable development. It is in the interest of the world. If these regions work together, the United States cannot stop them. "

The reform of globalisation is at the very heart of mahathirism

COUNTRIES IN TRANSITION: IMF AND WB AS THE FACTORS OF DEVELOPMENT OR STAGNATION?

GEOFO, association for world economic development studies, specialized for the issues of economic globalisation in Croatia and South-East Europe expresses its orientation through the interconnection of interests of economy, diplomacy and national security.

GEOFO advocates for the domination of economic function in foreign policy of the country, but its every conference considers important to encourage the kind of Croatian economic culture that gives the advantage to the social solidarity in relation to unlimited freedom of profit.

Read more about us