„Europe and the New Silk Road: Opportunities at Home and Beyond” 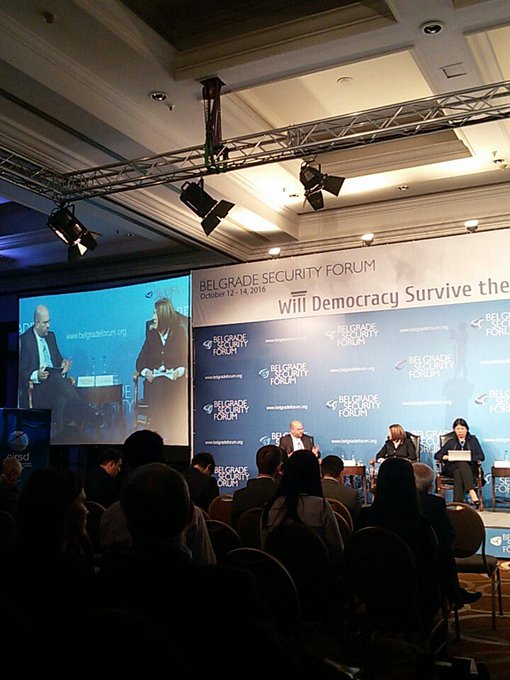 Belgrade -The Center for International Relations and Sustainable Development (CIRSD) co-hosted a panel at the Belgrade Security Forum entitled “Europe and the New Silk Road: Opportunities at Home and Beyond” on October 13th, 2016.

The panel was moderated by CIRSD Senior Fellow Damjan Krnjević Mišković who explained the concept of the New Silk Road or Belt and Road Initiative (BRI) and the history of it stressing the capability of the projects to fundamentally transform the economies of the Western Balkan countries.

The panel featured remarks by the President and CEO of the EastWest Institute and former U.S. ambassador to Pakistan and Serbia Cameron Munter, Research Fellow and Vice-Director-General of the Development Research Center of the State Council of the People’s Republic of China (DRC) Zhang Qi, and Vice President of the Zagreb-based Geoeconomic Forum Jasna Plevnik.

Mr. Munter pointed out that“ the logistics of setting up the New Silk Road requires a significant portion the project to be set up in very unstable places. As a result, it is important to keep in mind that the ambitions of this project have been put on the shoulders of countries that have weak governments that may be unable to fulfil the needs of such an ambitious project.

Zhang Qi discussed the motivations of China in regards to this project and the core objectives that have been set by China. Zhang said that China now has the willingness and capability to make contributions to such a project and as a result they wish to share their capabilities and opportunities for development.

Jasna Plevnik discussed the positive aspects encompassed in these projects. One of the most positive factors of the project is that it is financial rather than political and aims to achieve cooperation through economic growth. The BRI is an important project which would allow for a significant portion of the world to stay globally connected and interdependent. It is also important to keep in mind that China's contribution to the global economic order is certain.

Plevnik recommended that the US and EU should support China's work at home as a hostile environment to free trade and economic integration would make it difficult for it to achieve economic rebalancing. Lastly, this project would allow for great changes in the region to occur as the Western Balkan countries would make a strategy to connect themselves as opposed to competing amongst each other. As a result the BRI would bring about further integration of the region.

Besides the interactive discussion, the Belgrade Silk Road panel served as an opportunity to promote Jasna Plevnik’s new study, entitled “The Belt and Road Initiative and its Implications for Southeast Europe,” which CIRSD had published earlier this month. The panel was attended by a number of prominent public figures, journalists, and academics. 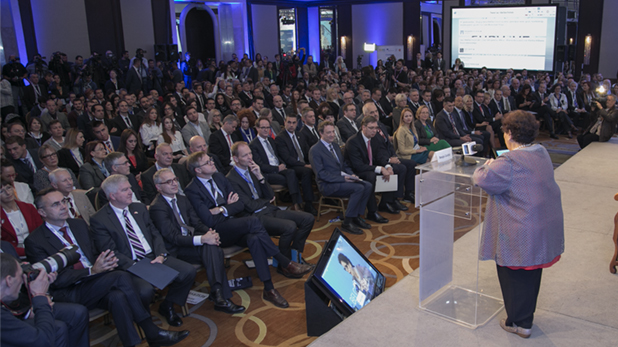