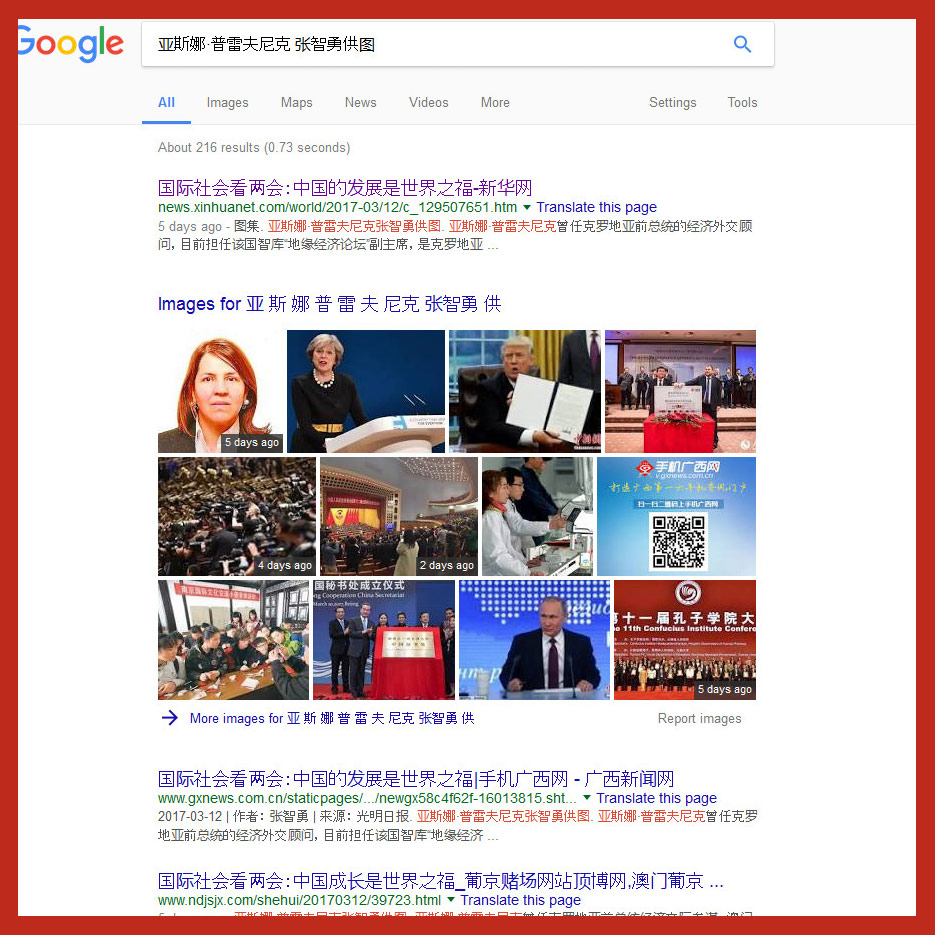 "China's development is the blessing of the world"

This is an extract from the interview with Jasna Plevnik, who comments on China's sessions of top political advisory and legislative bodies – The National Committee of the Chinese People's Political Consultative Conference (CPPCC) and the National People's Congress (NPC) – famous as „two sessions”2017. She assesses Chinese development and achievement since the 18th National Congress of the CPC, the role of China in international community and China's Belt and Road Initiative's potential of influencing the Balkans.

Jasna Plevnik said: “Europe is closely watching this year's Chinese two sessions; the EU is most worried about the "Paris Climate Change Agreement" implementation process. The good news is that China's „two sessions” release a very positive signal. Premier Li Keqiang solemnly promised that China would not be affected by the new US government policies and would not abandon the Paris climate agreement, free trade and economic globalization.

The topics discussed in the two sessions show that China is actively coping with various factors of instability which present threat to prosperity and peace in the world, focusing on promoting stable economic growth, strengthening environmental pollution control, and other measures to promote China's and the world healthy economic development.

To many European commentators, the 2017 China GDP growth target set at 6.5% does not mean that the economic strength of China is weakening, the speed in the Group of Twenty is still the fastest.“

China's development and achievements since the 18th national congress of CPC

Jasna Plevnik told reporters that since the 18th National Congress of the Communist Party of China China's economy has been impressive and has made a positive contribution to the stability and growth of the world economy. "13th Five-Year Plan" shows that China will adhere to a stable macroeconomic policies and sustainable development, which means that China's reform has been more in-depth.

The role of China in international community

Speaking of China's national image and international role, Jasna Plevnik appreciates that China is a responsible power that has made many efforts for the stability of the international community. It became a „stabilizer” of the global economy unlike some other big powers that have acted unilaterally.

At present, the world is facing challenges such as Britain's escaping from Europe, terrorism and the new US populist foreign policy, which also provide, thinks Plevnik, space for China to play a greater role in global governance believing that China will respond positively and transform the challenge into an opportunity.

Jasna Plevnik said that with China's expanding role in the world economy the country also needs further understanding and support from Western countries.

„China has a lot of friends in Europe, and strong supports of the EU in the construction of a new global economic order and two sides will work together in the monetary, investment and trade areas. China is involved in a dense network of global institutions, treaties and organizations which working to contribute to the global economy. It supports and enhances the G-20, whose management is focused on short-term policies in resolving of financial crisis. China sees the Forum, in the future, more focused on the medium and long-term policies for the management of global financial stability.

The One Belt One Road Initiative (BRI) and the Balkans

Jasna Plevnik pointed out that the Balkan countries welcomed China's One Belt, One Road" Initiative that following the diplomatic principle of "non-interference in the internal affairs of other countries“, the Balkans and the EU. The fact that China in the region adhere to this policy has a positive meaning. Jasna Plevnik believes that China and the Balkans are developing a new type of relationship under the framework of the BRI initiative, which is currently committed to developing economic relations with the Balkan countries based on multilateral and regional cooperation. These relationships are not just bilateral; they have been placed in a wider regional context, as well as development opportunities of the BRI, which will help Balkan countries to accelerate economic growth while promoting regional stability.

The BRI is not only about economic cooperation and „roads „it is an effort to bridge two great civilisations European and Chinese through exchanges of people and knowledge. We would see more of that BRI perspective if pursed Matteo Ricci’s wisdom: "A nation may survive without wealth, but it cannot survive without friends.”