Junkuo Zhang, Vice Minister and Vice President of the Development Research Center and Vice President Jasna Plevnik said they deeply believed the visit to Croatia would help the Silk Road Think Tank Network (SiLKS) to strength communication and relation inside the SiLKS.  They agreed on the importance of deepening of knowledge on “The One Belt, One Road” economic aims in South East Europe putting accent on development policies coordination processes.

The Chinese delegation had previously visited the Czech Republic and after Croatia visited Serbia, during the study tour of the region.

Junkuo Zhang, Vice Minister and Vice President of the Development Research Center said that significant progress has been made in advancing political and economic ties between China and Croatia since China launched its two initiatives „ 16 pus 1“and the Bet and Road Initiative, or New silk Road diplomacy.

On September 25, DRC delegation visited Croatia’s Ministry of Construction and exchanged views with the State Secretary Dunja Magaš and Maja-Marija Nahod, an Assistant of Minister.

State Secretary Magaš informed the delegation of projects of the Ministry of Construction and Physical Planning, and the subject of further talks was the possible cooperation within the strategic project 'One Belt, One Road', with one of the goals being linking the infrastructure of Asia, Europe and Africa. 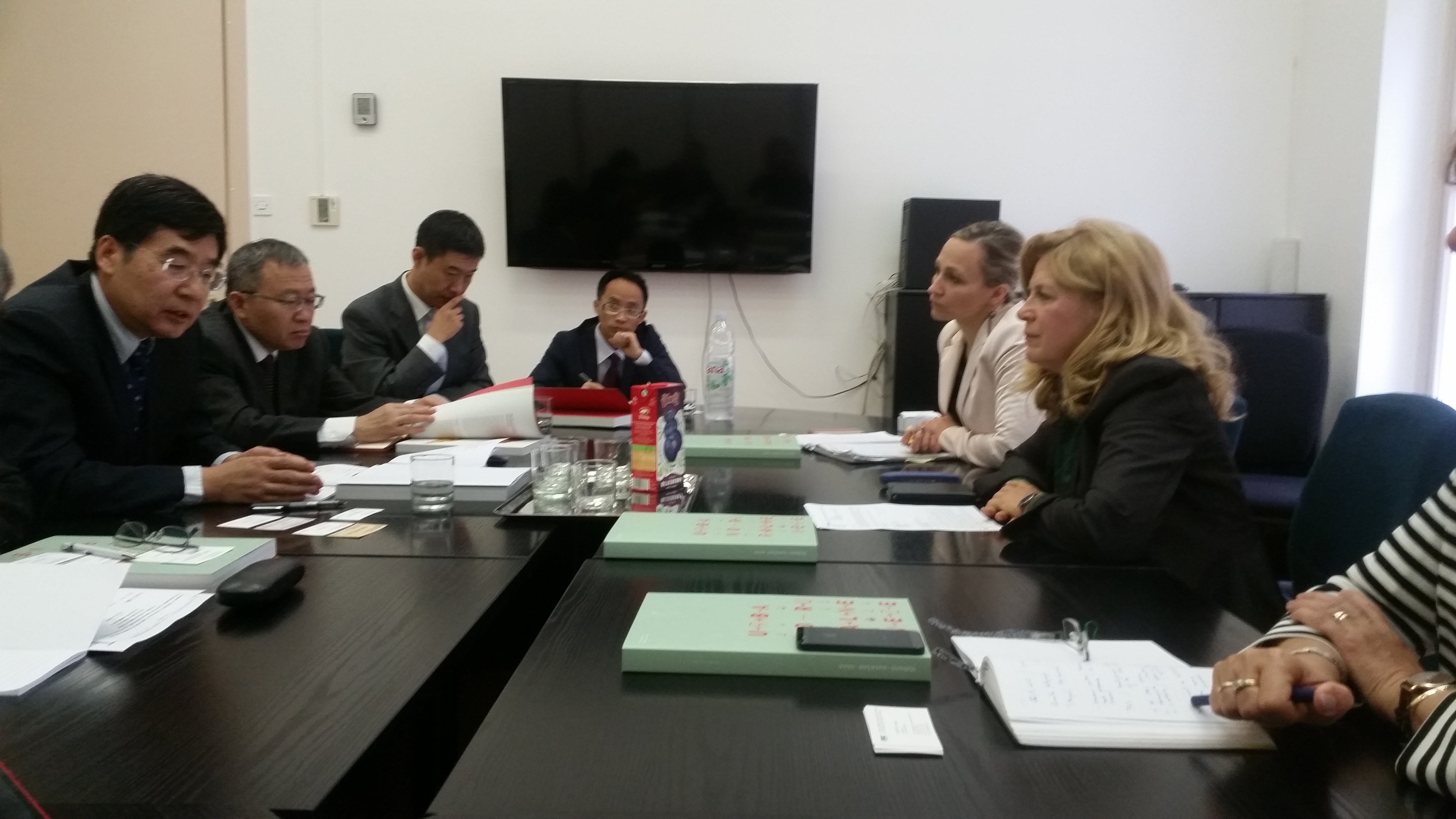 State Secretary Dunja Magaš  informed the delegation on projects of the Ministry of Construction and Physical Planning and, expreseed an interest in  cooperation within the strategic project 'One Belt, One Road'. Photograph:MoCPP.

The same day the experts from DRC meet with the President of Croatian Economic Association Ljubo Jurčić, former minister of economy and the best Croatian economy analyst who informed them on economic situation in Croatia and its investment needs.

On September 26, DRC delegation meet with Zvonko Kusić, President of the Croatian Academy of Sciences and Arts who presented them the Academy’s role in Croatia’ development.

Vice Minister and Vice President of the Development Research Center Junkuo Zhang   and his team met with Stjepan Mesić, former President of the Republic of Croatia (2000- 2010) and long –term friend of China.