Opening ceremony speech by LU Jianzhong, SRCIC Chairman and the founder and CEO of DTXS Investment  sent a message that economic hegemony, protectionism and unilateralism present violence over economy cooperation and should be stopped.

Former President of Croatia STjepan Mesić, in his keynote speech, said:” We are against protectionism and the trade war that the U.S. provoked on China and Europe”

The SRCIC, founded in Hong Kong in 2015, and has its Secretariat in Xi'an, and representative offices in Beijing and Shanghai. The members of SRICC are  129 national- level chambers  from 77 countries that connects nearly 10 million corporations.

The Silk Road Chamber of International Commerce expressed its admiration for President Mesic Europe-Croatia - China diplomacy efforts by proclaiming him a senior advisor of SRCIC.

The 2018 Silk Road Summit brought together nearly 50 high-level speakers, including  former heads of  government, ministers, and CEOs of Fortune500 companies, as well as renowned academics and analysts. 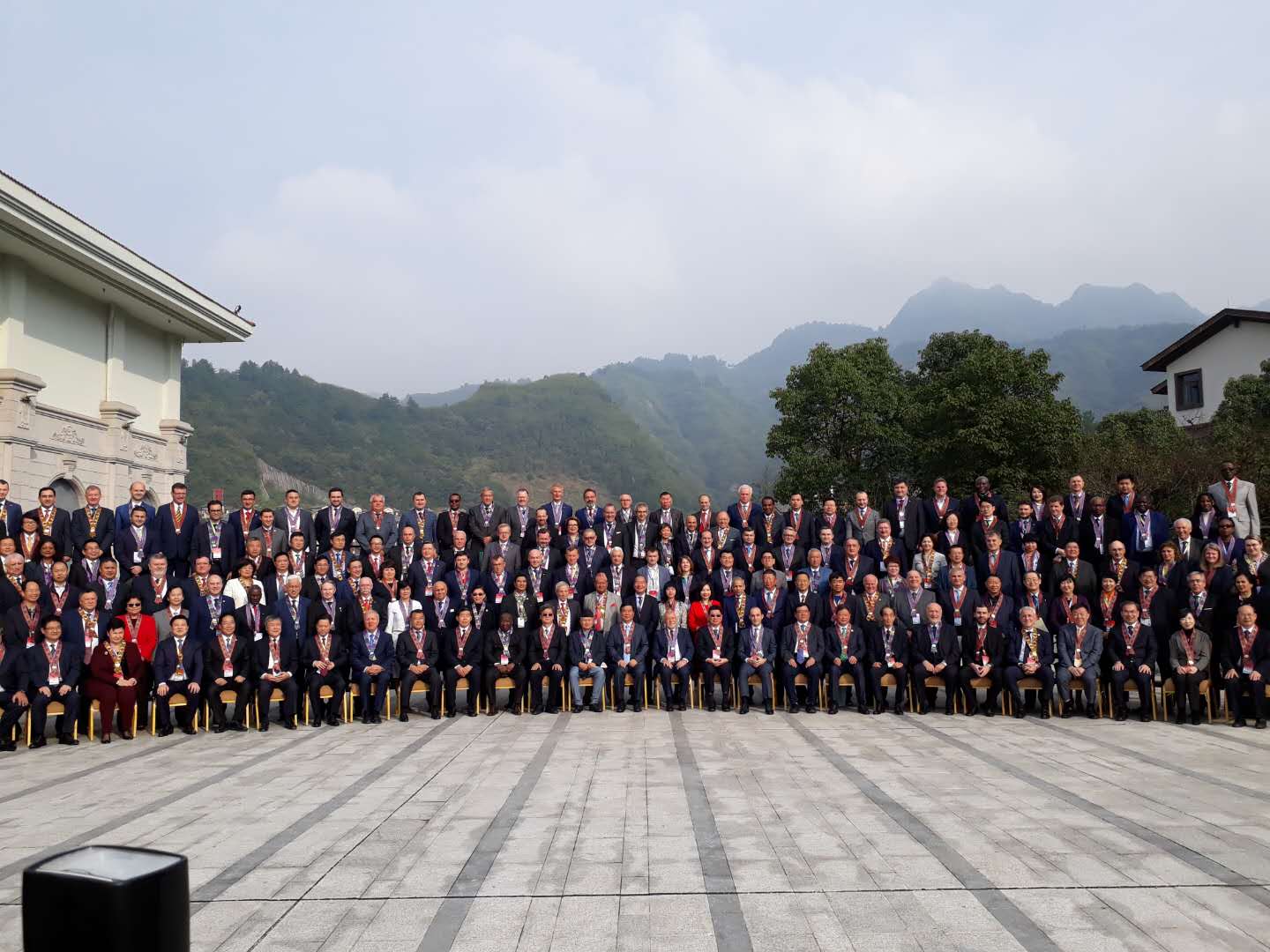 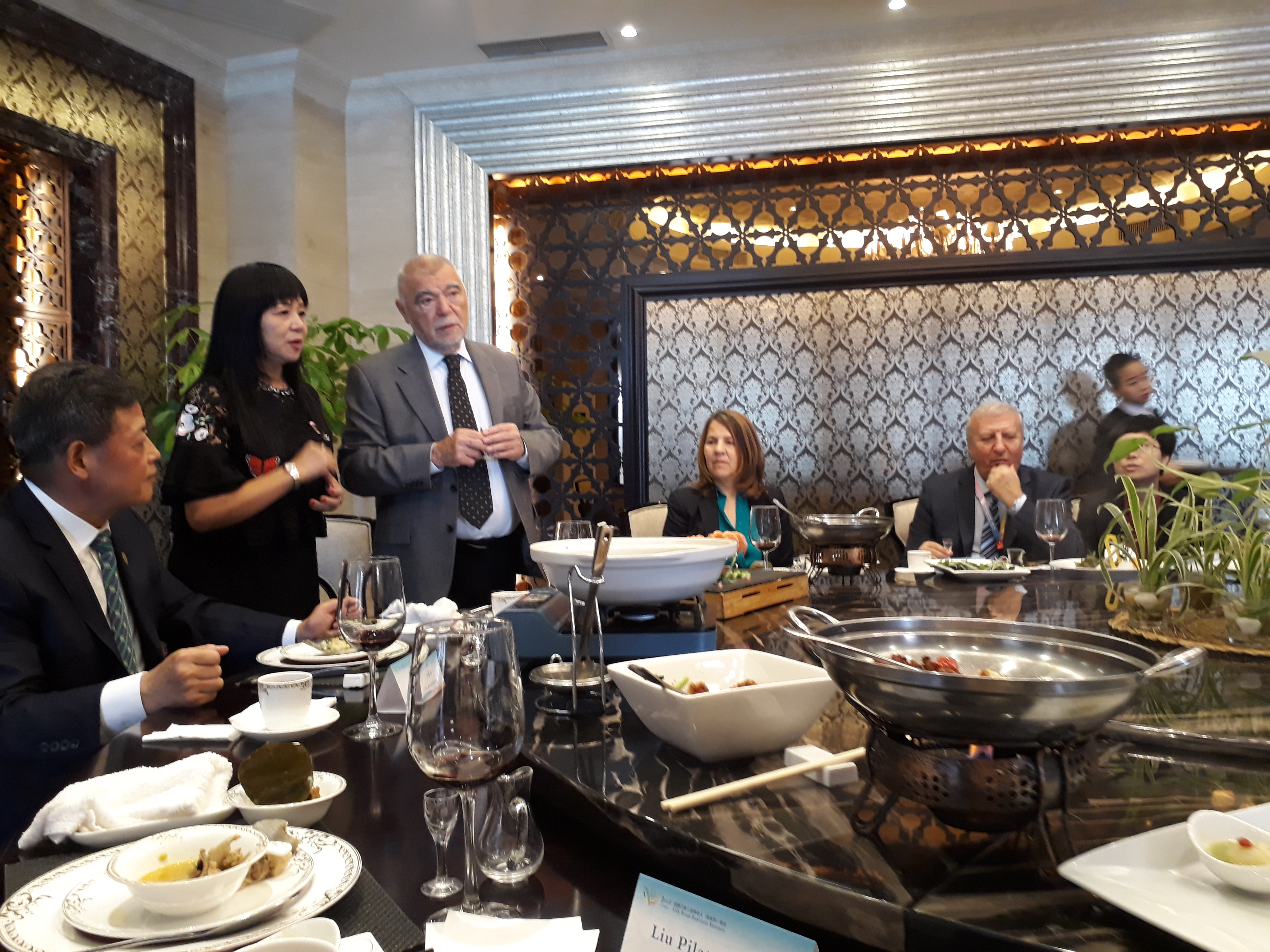 Echo Huang, Director & deputy CEO of New World China Land Limited (Hong Kong New World Group Member) talked with Former President of Croatia (2000- 2010) Stjepan Mesić during the Summit closing. Director Huang said that she has been  impressed with him since her  childhood when in 1990s watched a movie on  about him that was aired on TV.

The Silk Road Business  Summit 2018, launched of the platform the Zhangjiajie Consensus that aims to maintain multilateral trade system and promote an open world economy in order to facilitate the high-quality and sustainable development of the world economy through the coordination of national trading chambers, that is SRCIC members, their governments and companies using the opportunity offered by "One Belt One Way".

The Business Summit was attended by 400 business people, officials, and academic experts  from 84 countries. A community of  55 friendly towns also operates inside of SRCIC’ framework concentrating  its attention  on  strengthening city mutual economic and trade links within the framework of the "One Belt One Way" and exchanging experiences of city management.

Director of DRC Shenzhen WU Sikang said in 2016, the Shanghai Academy of Social Sciences ranked DRC Shenzhen as a 32 think tank on the list of 100 influential think tanks in China.

Director Wu, who invited President Mesic to visit Shenzhen,  informed him about the work of the Development Research Center, which was established in 2011 and  strongly dedicated to provide the Shenzhen HL Administration with a strategic insight into the area of economy, social development reform and opening up. The RIC, said Director Wu, developed extensive co-operation with domestic and international think tanks and published hundreds of research papers. In 2016, the Shanghai Academy of Social Sciences ranked DRC Shenzhen as a 32 think tank on the list of 100 influential think tanks in China. 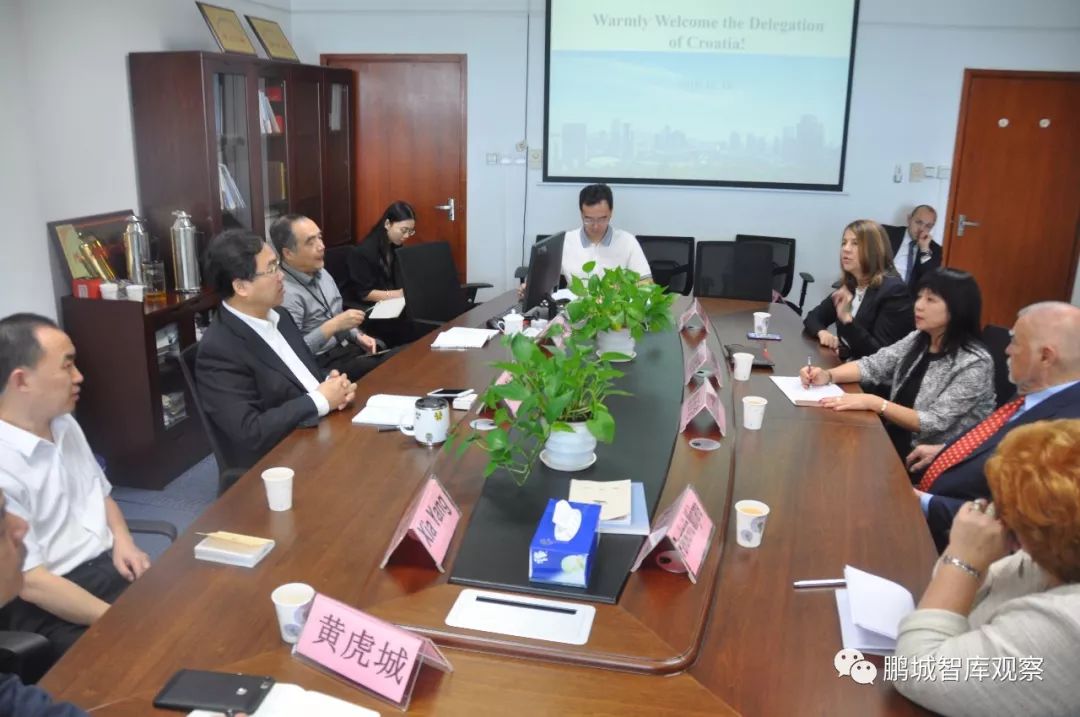 Dr.  Jasna Plevnik said that  in South East Europe countries China has not been seen as an EU rival. Beijing respects SEECs EU path and  the Belt and Road Initiative’s channels of connectivity have shown capacity to improve further integration inside of South East Europe through trade, transport, financial system and energy cooperation.

Shenzhen  an engine of the Pearl River Delta

Director Wu expressed great interest in deepening cooperation with Croatia and outlined all  potential benefits of cooperation with a city such as Shenzhen, which has developed from a small town with 30,000 inhabitants into an international metropolis with 20 million population. Director Wu said in 2017, the GDP of Shenzhen exceeded $ 330 billion and marked an economic milestone , Shenzhen surpassed Hong Kong thanks to its booming hi-tech sector( Tencent, Huawei, DJI)and state run Shenzhen Special Zone.

In 2017, Shenzhen had more than 3 million registered business, or one registered  enterprise for every four people.

The Croatia - China expert for import and export, and a successful  entrepreneur Liu Pilato Liying, who organised Croatia’s delegation  visit to Shenzhen, said in a meeting with Li Gang, President of  the Association of Exporters and Importers of Shenzhen (SFIEA) that Croatia’s food industry and agricultural sector should use a strength and openness of Shenzhen’ market.

She said Croatia needs more specific knowledge on Shenzhen’s great economic power and numerous opportunities for all kind of cooperation that lay  ahead of companies on the both sides. Liu Pilato Liying said her business experience in promoting and selling Croatian food through the Croatian pavilions has been very positive and invited all interested Croatian companies to appear in Shenzhen, market, which is demanding regarding quality but very much  open to international cooperation.

Liu Pilato LIYING, a Croatia - China expert for import and export, and successful  entrepreneur said Croatia’s food industry and agricultural sector should use a financial strength and openness of Shenzhen’ market.

President Li Gang: We are interested in expanding cooperation with Croatia’s food industry

President Li said that he is very much involved in  importing food from Europe, especially Belgium, but interested in expanding cooperation with Croatia in the area of food and wine. He stressed that his goal would be to open a Croatian pavilion in Shenzhen, as soon as possible, how could be in a position to present to Chinese customers the best Croatian products of big food industry  as well as of  small entrepreneurs,

He also said that  the sale of Croatian sardines in China  started recently and that a great interest of customers has been recognised.

LI Gang (Lef to of President Mesić) President of  the Association of Exporters and Importers of Shenzhen (SFIEA) expressed an interest in cooperation with Croatia’s food sector.

Yantian Port is near the city of Shenzhen and its exports and imports take place across that harbor. General Manager Carman Leung said the port is smart and green because it respects the principles of sustainable development and belongs to the world class of ports.

-Yantian is characterized by natural deep waters and unmatched handling capabilities with mega-containers. Yantian proved itself as desirable line for mega- ships in South China and one of the busiest   container terminals in the world -said Leung. 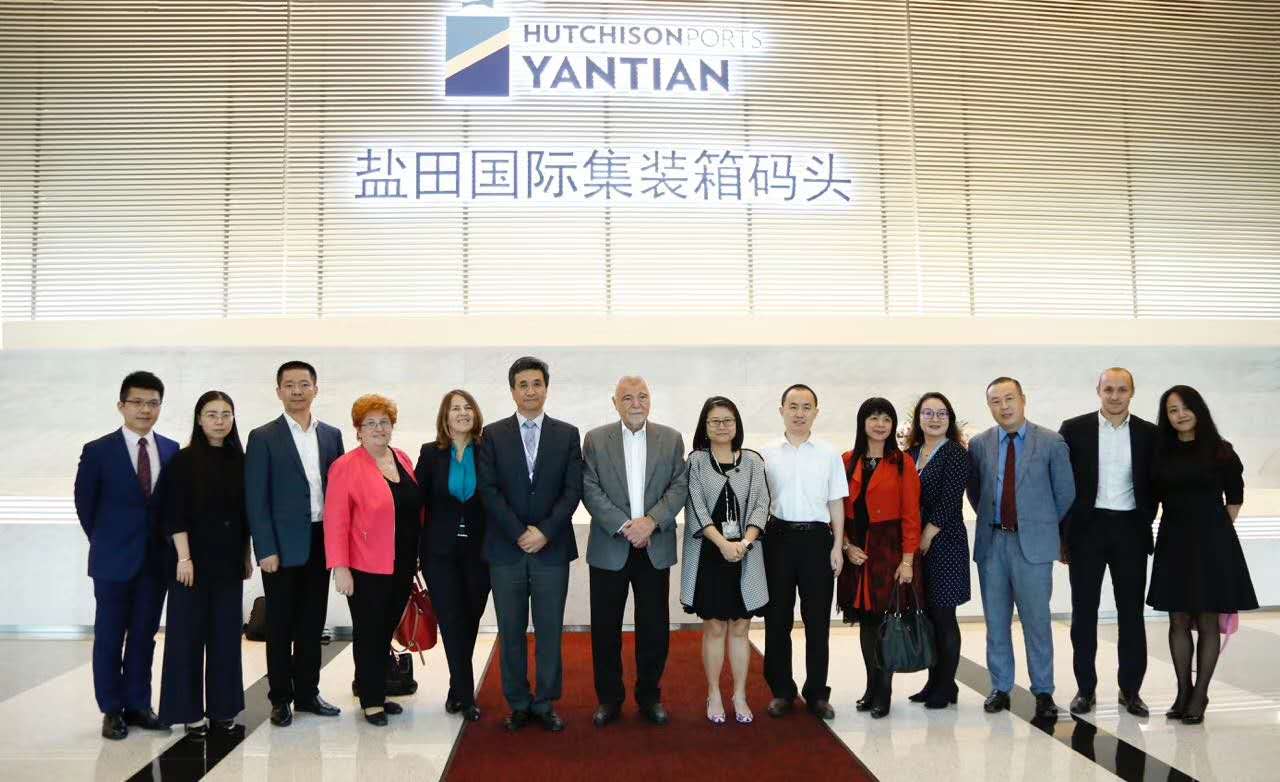