“17 plus 1” cooperation has  the promising future

Jasna Plevnik underlined,“ President of China Xi Jinping, has sent a clear and strong message to prime ministers from Central East Europe and people in these countries that 17 plus 1 cooperation has promising future and sustainable place in China's relations with that part of Europe.

This kind of message is an excellent political move because there was some worry in that part of Europe that because of China’s economic contraction caused by the pandemic and Covid-19 challenges to global supply chains Beijing could reduce its activities inside 17 plus 1 and Belt and Road Initiative cooperation.”

Jasna Plevnik stressed though in 202o the summit was postponed the activities of 17 plus 1 did not stop. Many countries received from China different kinds of medical help inside that framework and the cooperation in the field of vaccines and public health area.

According to Dr. Jasna Plevnik, “Beijing Summit’s guidelines will continue to insist on further strengthening of multilateralism because it is a vital characteristic of 17 plus 1 cooperation. Since its establishment, the 17 plus 1 has been strongly supported by the UN as a core of multilateral relations in the world.  And CEE countries will together work on giving impetus to Paris Agreement implementation.

The guidelines will also give directions for bringing clear rules for further enlargement of 17 plus 1. Dubrovnik summit, in 2019, was a breakthrough in that direction. New partners will be called, and new sectors included.”

Dr. Jasna Plevnik said that we could see that high on the Summit agenda have stood the adopting of new measures for the economic recovery of all partners countries inside 17 plus. That would be a very demanding job considering that the current public debt pile in Central east European countries could have the power to narrow space for state investments in big infrastructure projects, especially in Southeast Europe. So, a new area of economic cooperation should be opened with more stress on joint ventures and concessions and less on loans. 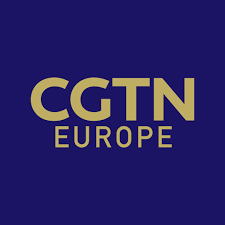