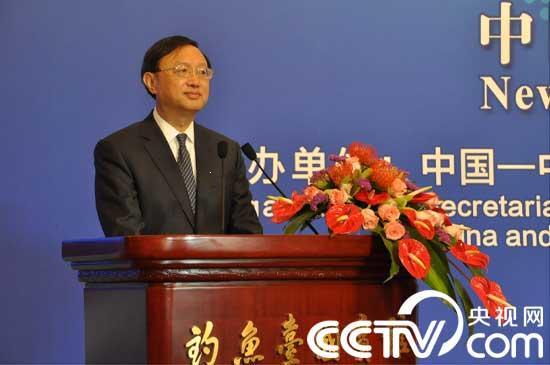 Beijing– The first High-Level Symposium of China and Central and Eastern European Countries was held in Beijing on December 19, 2013. The symposium was attended by Chinese political and foreign affairs officers, state-owned and private enterprises leaders, scholars, and current and former political leaders, entrepreneurs and scholars from 16 Central and Eastern European countries.

Chinese State Councillor Yang Jiechi delivered the opening speech and said: “I propose that we cooperate based on consensus and mutual benefits. We are confident in exploring progressive and constructive new cooperation measures and mode with innovative discussion and suggestion.”

Former Croatian President Stjepan Mesić said: “The cooperation should be built on two consensuses. First, the foundation is mutual benefits. The fact that some countries have not joined European Union yet should not serve as an obstacle for our cooperation.

Dr. Jasna Plevnik: Formula „China plus 16 CEEC“
beneficial to the interests of Europe 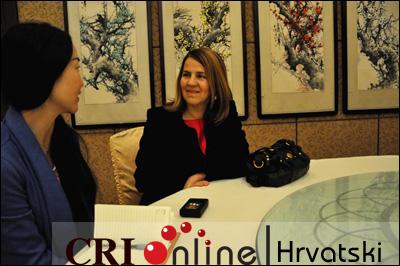 Dr. Jasna Plevnik, Vice President of the Geoeconomic Forum, author of "China in the Balkans" participated in the symposium’s sub panel one „Reassessment of China-CEEC Relations: opportunities and challenges“chaired by H.E. Mei Zhaorong, Ambassador Emeritus to Germany.

Vice President of the Geoeconomic Forum Jasna Plevnik said that China and CEEC diplomacy has progressed pretty fast. „That diplomacy derives its power from its objectives which could be described as: more friendships, more trade, more investments, and more culture. China develops relations with the CEE countries bilaterally, according to formula China plus 16 and without mediation of other major world powers. That form of relations represents a novelty in the history of the relations of China and that part of Europe“-stressed Plevnik.

She warned that on the other side some barriers have loomed and most of them could be resolved by stronger investment in developing of a soft power side of China and CEE Countries relationships.

Vice President of the Geoeconomic Forum Jasna Plevnik said that the relationships between China and “region 16” have had no potential to turn into a future force that could disrupt the internal unity of the European Union and its authority in the international relations.

In her statement for CCTV NEWS Dr Plevnik stated that she expected that this cooperation would successfully transcended all challenges.