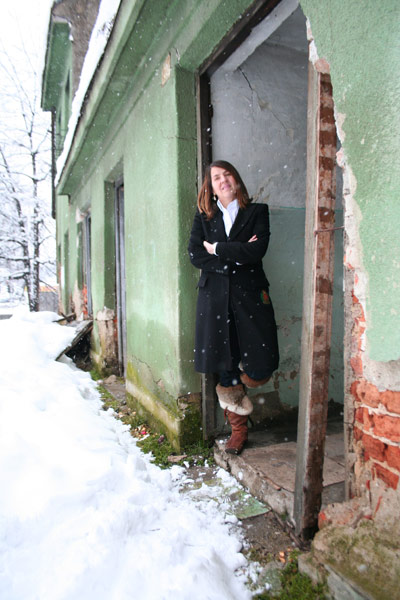 THEME OF THE WEEK

On Croatia’s relationships with China and the EU

Why our perception of China still largely lags behind reality? The Croatian image of China stuck in the early 1990.s when China was symbol for the cheap clothes. Is this outdated perception a reason why Croatia hesitates to establish more complex economic relations with the fastest-rising economic superpower? How Croatia can change the current unbalanced trade trends and return to China not empty, but containers full of goods? To what extent is China present in Croatia and the Balkans? Answers to these and many other questions offers the book "China in the Balkans", which has attracted the great interest of the public by its topic and authors names too. The authors of the book are former President of Croatia Stjepan Mesić, former PM candidate Ljubo Jurčić and foreign policy expert Jasna Plevnik who thinks the relationships with China are on a friendly level solid, but on the economic front there is a large imbalance.
– Since 2000 to the present Croatia has led its foreign policy under the slogan "China is our friend", and relationships at this level are very well developed. In 1992 China's Foreign Minister Qian Qichen, who is considered one of the world's most successful diplomat, and Dai Bingguo, creator of the foreign policy of China, visited Croatia. President of Croatia Franjo Tuđman was the first president from the Region who had talks at the highest Chinese political level in Bejing. In 2005 Prime Minister Ivo Sanader signed with Prime Minister Wen Jiabao a joint declaration on the establishment of partnerships on general cooperation. The timing for the improving of economic relations was good, there was no global economic crisis and all European political elites did not visited Beijing asking for China’s investments and purchases of government bonds as today.

In 2009 president of China Hu Jintao visited Croatia with impressive business entourage but none business contract was signed. Hu Jintao came in Croatia thanks to the invitation of former President of Croatia Stjepan Mesić. To conclude, Croatia has had many great opportunities to raise up the economic partnership with China on more complex level but so far it didn’t succeed to do that– says Dr. Plevnik.

–Perhaps the political elite of Croatia have never seriously tried to see China's economic development as a pragmatic opportunity for Croatia. They have politically grown up with the idea of ??economic dominance of the West and the EU. The perception of the EU as the only possible factor of development of Croatia is still predominant at all level of political thinking.

In which direction the relationships should develop?

– Towards a deeper economic partnership through the rise of Chinese direct investments. It is necessary to harmonize the diplomacy with changes in the global economy caused by China’s economic growth. Chinese companies are not, as it is thought in Croatia, interested only in an avoidance of tariff barriers in the EU. They are also interested in the market potential of a country, favourable conditions for investors and good geographical and traffic position because for them is crucial reducing of transport costs.

In 2011 China's direct investment abroad amounted $ 74.7 billion, while Chinese companies have paid $ 22 billion in local taxes abroad and opened up millions of jobs. In developed countries, China is focused on investing in areas in which it is not yet competitive. It buys companies with advanced technology, automotive and fashion brands and other industries of the West, as well as invests in financial and energy sectors.

It seems that Croatia is still aside of China‘s interests.

–Chinese companies are looking to invest in Croatia and compete on public procurement, but these trends do not have to last forever.

The government of Croatia is trying to move relationships in the direction of attracting Chinese investment but the problem is that its ministers have no stronger capacities for development and strategic talks with Chinese officials and business people. Current talks are too much symbolic and general.

How cooperation could become two-way one? What Croatia has to offer China?

–Trade exchange between Croatian and China in the 2011 was 1.65 billion U.S. dollars, where the Croatian exports to China was $ 54.6 million, and from China were imported goods for 1.6 billion dollars. These data do not mean that relationships can’t be mutually beneficial. Already the "kindergarten" generation knows what Croatia has to offer; shorter paths for the arrival of Chinese goods to the European market, the Adriatic ports, and knowledge of making ships, projects for investment in the manufacturing, energy and tourism. The projects are not a problem, but the realization of them. The Croatian offers are not like flowers along the path that grow by them. Croatian interest is to become involved in China's strategy for the Eastern, Central and Southern Europe, which was designed and based on real money and with real deadlines. The Chinese government is committed to invest significant funds to expand its economy in the Central and Eastern Europe and wants to see the results until 2015.

You said Croatia was too much mentally dependent on the idea of ?? economic domination of the West. For what reason is important a shift towards China in the current global economic and political context?

– Croatia needs to adapt itself faster to changes in the world economy caused by the economic growth of China. In order to become more "Chinese” Croatia should not become less "European” or less "American". The world order at economic level is multi-polar. In 2011 the U.S. foreign policy has started big shift towards China and the Asia– Pacific region. The aims of that diplomacy are further strengthening of America’s influence in the area if it becomes the center of world politics and economics. These changes could have deep impact on the state of America’s economy and the interests of its capitalism in various ways. America will do everything to have control over these processes. The United States of America wants from China the same as Germany, France and all other countries: more economic benefits.

How did come the idea that you, Mesić and Jurčića write this book together?

– All three of us want that Croatia leads diplomacy capable to contribute to the prosperity of its citizens. Our book is actually about how Croatian foreign policy could become more useful.

I belong to a generation that does not know how is to live in a country where the government knows how to make development. Human beings are not created to live in long-term crisis. The new government behaves as if it thinks otherwise. We believe that for Croatia joining to the EU and NATO is important but more significant is integration in a bloc of "smart states ". We hope the next generation will not have the feeling that comes from "stupid country". That feeling is superbly described in the novel "Snow “by Orhan Pamuk.

About the book "China in the Balkans" was told that it could be a useful guide for politicians and businessmen. But at the official promotion in Zagreb we didn’t see high officials from the Ministry of Foreign Affairs or the Ministry of economy?

– Perhaps in Croatia knowledge is still not a power.

You have stated many times that Croatian foreign policy needs to be reform. Why and in what way?

– Croatia formally achieved its policy goals set in the 1990s. It has become NATO member and very soon will be the EU member country. The implementation of those targets directed Croatia to lead some kind of passive and pseudo foreign policy. Namely, the all processes of adjustment to the standards of NATO and the EU were conducted as a reform at home. So, more than a decade the country’s foreign policy actually was led in Croatia.
Saying this I would like to stress that has come time for conducting and performing an active foreign policy capable to respond to the state of the world in the second decade of the 21st century. Croatia, for example, has remained invisible to the BRICS countries.

I think the economic crisis at home and in the European Union requires empirical analyses of the usefulness of the previous Croatian foreign policy results. Croatia has become a member of NATO, but the promised investments did not come. On the contrary the problems with FDI are bigger than ever.
It has liberalized the economy but there is no profit for Croatian companies, and they did not become global ones. The country entering in the EU in the hard economic times and it is quite possible that the goals of the membership in the integration will not be fulfilled. Instead of being believer in neoliberal stereotypes Croatia could turn to the empirical analyses of its foreign policy from 2000 to 2013 to see why the economic prosperity goals have been failed. These analyzes and facts could be used as a ground on which Croatia could start to shape its new foreign policy approach.

What specifically should be done in the Region?

– Croatia needs to change its diplomacy towards the region, and certainly should not repeat those phrases about herself as "the leader of the region." Firstly, because the leadership in the region is serious strategic job, not rhetorical work, which requires the focus on the interest of the Region and so called milieu goals.

Secondly, in my opinion Croatia should not think about its leadership in the region from the perspective of the hierarchy and power politics but from the multilateralism and multipolarity.

In your book The Age of Economic Diplomacy you dealt with Croatia’s economic diplomacy features? How that kind of diplomacy works today, and how it should?

Government should clearly specify that job of economic diplomacy is closely connected with the country development goals and belongs to all ministries.

Without this, all reforms will remain failed. Croatia’s Foreign Minister Ms. Vesna Pusić is not engaged in economic diplomacy affairs. Former U.S. Secretary of State Hillary Clinton, who is globally known for the inclusion of women's rights issues and topics in foreign affairs, has put in the center of America’s foreign policy the "economic statecraft". To show how it is important the economic side of foreign policy the State Department established a post for a Chief Economist and the Office of Energy Resources in 2012.

Considering the long and deep economic crisis the government could consider a reducing of coasts of so-called symbolic side of diplomacy (various types of celebration of the state) and invest more funds and energy in the economic side of diplomacy. It should also work on the development of regional diplomacy together with all south eastern European countries. That approach will help Croatia and the Region to achieve better results in emerging markets.

Maybe its sounds too radical but I don’t see too much sense in having numerous embassies in the area which from Zagreb can be reached by car in a few hours. More time needs an ambassador in London to come to the FCO than Croatian ambassador to Slovenia to come from Zagreb to Ljubljana.

For several months Croatia will join to the EU, and what will happen then?

As the member country Croatia will have a certain level of influence on the EU rules, but can’t count on that will become an important power entry or that some other country will take care of its national interests.