Dr Jasna Plevnik on The World's challenges to the National Interests 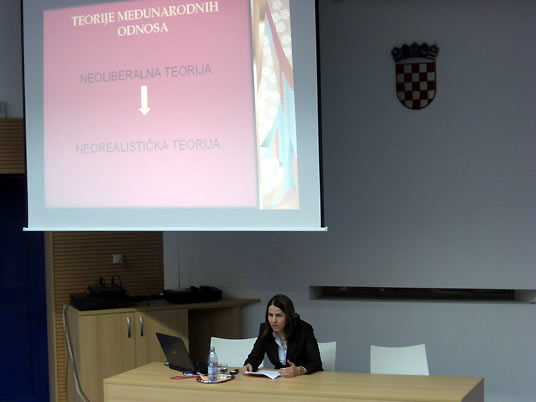 Dr. Plevnik has pointed out that current world's challenges that involve rise of energy insecurity, shortages of food, and global terrorism endanger economic and political stability in international relations. She assessed that above mentioned challenges could be explained as negative consequences of the globalization. For Dr Plevnik the cardinal challenge to the global stability is deepening of the gap between rich and poor countries that could become more deeper because of actual crises in world finance, energy and food resources.

She emphasised that Croatia has been faced, except of energy-food- terrorism challenges, with the serious challenge of integration in global capitalism, The European Union and its region. 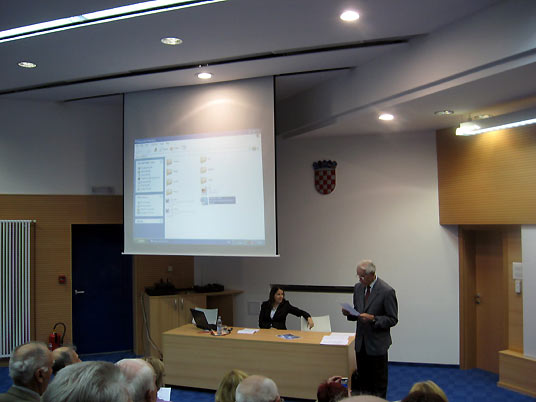 Since 2000 Croatia has accepted transnational concept of its development what has meant an exposure of its national interest to norms of global market, The European Union's standards and its demands for regional cooperation. In those processes of integration that could be named "voluntary colonialism" Croatian governments have failed to protect the national interests of their citizens.