During her stay at Chautauqua Institution (www.ciweb.org), the Vice-president of GEOFO Ph.D. Jasna Plevnik met with the former Deputy of State Secretary Madeleine Albright in Clinton's Administration, Strobe Talbott, who is currently the Director of Brookings Institution, one of prestigious American think-tanks for foreign policy. 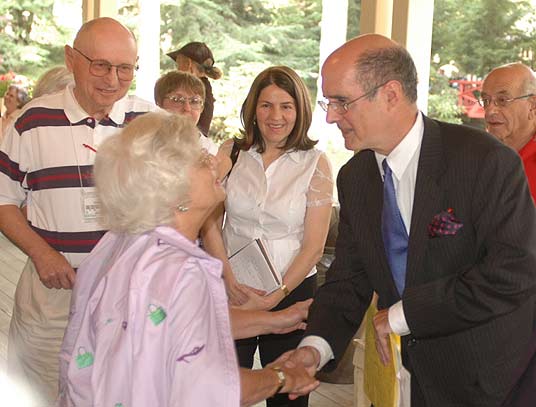