On a memorandum signed between Croatia’s Central State Office for the Development of Digital Society and the Chinese telecommunications equipment company Huawei on April 10, 2019.

Jasna Plevnik points out that this agreement presents a shift in relations with Huawei, as it will create a framework for sharing the knowledge of Croatian and Chinese experts in the field of digitization of the Croatian economy.

In this regard, she stresses this is not an agreement that Huawei will build a 5G network in Croatia.

HŽ Infrastruktura signed two agreements with Chinese companies for railway development. The memorandum signed with China Road and Bridge Corporation (CRBC) envisages the modernisation of Rijeka – Zagreb railway and the agreement with China Railway Eryuan Engineering Group Co., Ltd. (CREEC) involves a joint establishment of a corridor with a special emphasis on the Mediterranean Corridor.

Jasna Plevnik, from the Geoeconomic Forum, also stresses the importance of the agreement on Croatia- China cooperation on Croatia’s lowland rail line between Zagreb and Rijeka and an agreement on the joint establishment of an intermodal transport corridor in Croatia, with an emphasis on the Mediterranean corridor.

“Because cooperation in this direction is of strategic interest to Croatia, because through it Croatia might significantly further develop its geo-traffic position and make profit from it. There is also possibility that Croatia builds a new port of Rijeka.

Croatian interest is not to make of its ports just a warehouse for Chinese goods, but also to connect them with the European high-speed rail networks for freight and passenger transport, "Plevnik said.

“The memorandums should also be viewed in the relation to the unique Chinese megaproject "One Belt, One Road", whose maritime corridors extend from the port of Piraeus to Venice and along this route pass along the Croatian coast and its ports. Still, she says, these big infrastructure projects will take a long time, but should create conditions for the arrival of Chinese green field investments and the use of knowledge and workforce of Croatian companies.

Certainly, Croatia has plan to develop from high value-added products right away, but at the current stage, it needs an increase in transport revenue. " 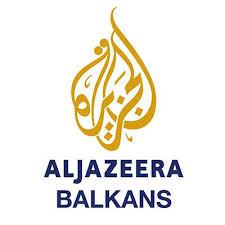 Plevnik says Croatia’s shipyards could be a good opportunity for Chinese investors, because the shipyard Uljanik has not stumbled because it did not know how to build ships. The question is whether China sees investment in Uljanik as a 'win-win' ' the situation.

Recently, the Chinese capital has invested in two Serbia’s companies with big problems and now that companies are operating with a profit, it did not happen quickly. It has been a long process of negotiation.

On China’s geopolitical interest in Croatia

Jasna Plevnik states that she does not see any serious argument in claim that Beijing has special political interests in Zagreb. China does not need Croatia to cooperate with the EU, since it already participates in many strategic development projects there, despite pressure from the US.

One study showed that Germany, France, the United Kingdom, and Spain and, to a small extent, Poland and Hungary have a decisive impact on EU foreign policy with China. In these countries, China has the largest investments in the high-tech sector, and these investments have grown over the past year.

In this sense, the 17 plus 1 Initiative itself, she concludes, provides an important opportunity for Croatia and other 17 plus 1’s partners from Southeast Europe to develop their relations with China directly.