ANALYSIS - Washington’s geopolitics is the biggest threat to world stability. All American presidents have pursued foreign policy as geopolitics. 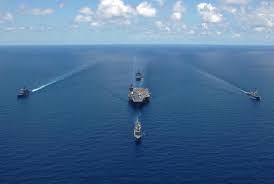 The Communist Party of China did not bother America, or the EU until China became successful in science and technology - and innovation. Fact-finding is not in Washington’s geostrategic interest.

The geopolitics of Washington is the biggest threat to world stability. All American presidents have conducted foreign policy as geopolitics, and their advisers from H. Kissinger, Z. Brzezinski, T. Donilon to K. Campbell used the knowledge of that discipline how America would realize its national interests and maintain economic and strategic or military control not only over the world but also over the future processes so as not to develop in the direction of dismantling the unipolar configuration of power in the world.

What has changed in American geostrategies are the parts of the world that America needs to control to pursue its interests. First, it was the USSR, as the "heartland" of Eurasia, then the Middle East, which was once crucial for its energy security, and today it is the Indo-Pacific area that stretches from the east coast of Africa to the Pacific island states.

Somehow it seems artificially called a "region"  such a diverse area that includes the Indian and Pacific Oceans, China and India, Japan, and Indonesia and where 60% of the world's population lives and produces more than 50% of global GDP. Besides, it seems that the word "Asia" is hidden by that notion. The German government also has doubts about the name in its "guidelines" and writes that the area is not "geographically clearly demarcated and is defined differently by different actors".

In May 2018, the U.S. government changed the name of the United States Pacific Command to the “Indo-Pacific U.S. Command”. The Pentagon’s China Task Force is due to compile reports on China-related issues soon, including “provocations”. Ely Ratner, Assistant Secretary of Defense for Indo-Pacific Security Affairs in the Biden administration, has a key role in that task.

The American interest in controlling that part of the world is a consequence of the process of shifting economic power from the Atlantic to the Indo-Pacific area which has become one of the major points of development, trade, and wealth of the world. This is where the world's major sea routes pass, and through the Strait of Malacca, the Indian Ocean is connected to the South China Sea. The new Administration could try to take advantage of the fact that there are many maritime and land territorial issues in the Indo-Pacific area, not to resolve these issues but to use them to strategically put pressure on China and thus slow down its development.

In current geopolitical analyzes, this part of the world has the highest rank in the geopolitical hierarchy of spatial structures of the world. The Indo-Pacific is being talked about as a new "big chessboard", but these are not exactly new geopolitical visions. A geopolitical theorist Nicholas John Spykman predicted that there would be a rise in China that could lead to a change of power in the area and affect America if it does not develop a partnership with Japan.

America has long worked to geopolitically encircle China in the south, east, and west through various forms of partnership with Japan, South Korea, India, Australia, Singapore, the Philippines, Indonesia, Thailand, and, in part from the Central Asia area. It used to do this in the name of fighting global terrorism, and now under the pretext of democracy.

China has never hidden that the differences between it the US and China are deep and that its system is different. The Communist Party of China did not bother America, or the EU until China became successful in science and technology - and innovation.

There are many examples that America, the EU, and the UK are using double standards towards China, and when scientists Jeffrey Sachs and Peter Nolan ask that talk about China be based on China's actual behavior and the situation in the Asia-Pacific region, they are accused of being " paid by China“.

The US administration knows better than anyone that there is no genocide in Xinjiang. Apple has found that there is no forced labour in the facilities where its products are assembled, and the World Bank has dismissed as false allegations that the skills and learning institutions associated with the Bank are de facto prisons. Fact-finding is not in Washington’s economic and geostrategic interest. Similar to the case of Iraq and Syria.

President Biden's recent epistle to the West on the great return of the United States to the transatlantic partnership and NATO and all his other concerns for global trade and supply chain stability can appear good if we look from Europe, but for this utopia in which all countries in the world must be " one in America, "it is necessary to gain allies what will not be easy.

Instead of leading international relations in the direction of multilateralism, America is returning them to a space of geopolitics that can bring neither stability nor new development nor achieve the climate and global public health goals but only new conflicts.

Article 60 of the G-7 meeting's communiqué, G-7 without China and Russia looked like it had been dragged from the museum of economic powers of the last century, emphasized "the importance of maintaining a free and open Indo-Pacific, inclusive and based on the rule of law."

China unlike the old ones economic forces nor in the time of the pandemic did not enter a phase of decline in its economic power. The only one has GDP growth and perhaps could give them some advice on managing the development and strengthening stability in the Indo-Pacific if they had invited her.

All the communications, draft strategies, and guidelines aimed at strengthening the West's presence in that part of the world can do nothing to contribute to stability in the Indo-Pacific if they are not implemented together with China.

It now seems that the EU will not allow Washington to harness it against China. The European Union is currently working on its strategy for the Indo-Pacific, which should be completed by September this year, and within the cooperation with China has its place. Croatia is also involved in formulating this strategic document.

Brussels' goals are not geopolitical, there is little concern about its talking on "strategic focus", but in the conclusions of the Council it is written that the EU's strategy is to "contribute to regional stability, security, prosperity, and sustainable development, at a time of growing challenges and tensions in the region."

Again, it is difficult to put the hand in the fire, for example for France, which has geopolitical ambitions and experience, how it will behave in that area in the future.

As part of a joint exercise, Paris sent an amphibious assault ship and a frigate to the "presence operation" in the South China Sea, over which China has the right of sovereignty, but Brunei, Malaysia, the Philippines, Taiwan, and Vietnam are also seeking that right.

And here we have double standards: when Chinese ships patrol these are  "provocations" when the Americans do it, they have  "joint exercises".

The German frigate Bayern will be in the Indo-Pacific from August 2021 to February 2022, but the frigate will also visit the port of Shanghai before entering the South China Sea what is the message that Germany follows its policies for the Indo-Pacific that are grounded on respect and inclusion of China.

On the other hand, with the departure of Chancellor Merkel, Germany will enter into the process of reviewing relations with China, which is its largest single trading partner.

The UK government has not yet unveiled a stand-alone "Indo-Pacific Strategy", but discussions are underway on defining its new role in Indo-Pacific trade, supply chain diversification, mechanisms to strengthen a rules-based international order on defense, and strategic security and stability.

Boris Johnson, the Prime Minister of the United Kingdom, said upon arriving at the G-7 when it comes to China, no one wants a new Cold War.

Britain is a rational country. Shortly before Biden's arrival, her export minister told the House of Lords that the country had no alternative but to improve and deepen relations with China.

The political leaders of America and NATO should stop spending their energy on restoring the world as it was before China’s rise because the fact is that the US cannot stop  China’s rise, nor can China replace the US.

The power of America's economic and political control over the world is weakening, but not because of China. I mean, the world would change and without China. World history as an uncontrolled and invincible force changes characteristics of international relations. Each big power has its ups and downs. It is not a military law; it is a law of history.

The long period of American supremacy, which sometimes had destructive features, and sometimes order and peace reigned, is no longer in the interest of the modern world. The power of historical changes is underestimated in America's strategies, and the point is that to change the world for the better, America must first change itself not the Indo-Pacific. The Zeitgeist of our epoch asks it from Washington.