WANG Yiwei :Nothing justifies Russia's invasion of Ukraine, but the US and NATO are hardly innocent bystanders

YIWEI WANG ONE OF THE LEADING CHINESE AND WORLD EXPERTS ON CHINESE FOREIGN POLICY, AUTHOR OF NUMEROUS BOOKS AND COMMENTATOR FOR LEADING WORLD MEDIA:

Yiwei Wang is one of the leading Chinese and world experts on Chinese foreign policy of his generation. He is the author of numerous books, director of the Center for the Study of the European Union at Renmin University, member of many committees, think tanks and keynote speaker at numerous global conferences. He regularly comments on the state of international relations for the world's leading media, from CNN to the South China Morning Post. Wang has wriiten so many books and articles that many are admired , not always without envy, with his intellectual productivity as well as the fact that his books of high analytical achievement have achieved wide appeal among readers in China and  abroad.

China's position is that whoever tied the bell to the tiger's neck should take the bell off the tiger. But at the recent China-EU summit, where Ukraine was also discussed, Joseph Borrell, the EU's high representative for foreign affairs and security policy, again said that China is the only country in the world that, as an impartial mediator, could convince Russia and Ukraine to end the conflict.

How feasible and acceptable is this approach for China, which has good relations with both Russia and Ukraine?

In the eyes of Europeans, China is the only country powerful enough and close enough to Putin, and not in a confrontation with Ukraine, to convince Putin to stop the war. This is the European dimension of thinking. To think that it is easy to stop a war by persuading China is not realistic. If that were the case, the war would not have broken out.

This is a misunderstanding not only of China but also of its relations with Russia. China is an independent country, it is not in the bloc, we have a long tradition of independent foreign policy and peaceful development.

It is also a misunderstanding of Russia which is a great independent power, Putin has his own agenda.

China is not an ally of Russia, the outbreak of armed conflict angered many Chinese.

First, China proposed an Olympic truce at the UN and got approval. Second, China advocates respect for and guarantees the sovereignty and territorial integrity of all countries, and has friendly ties with Ukraine. Third, the five permanent members of the UN Security Council promised security for Ukraine after the collapse of the Soviet Union and Ukrainian independence... 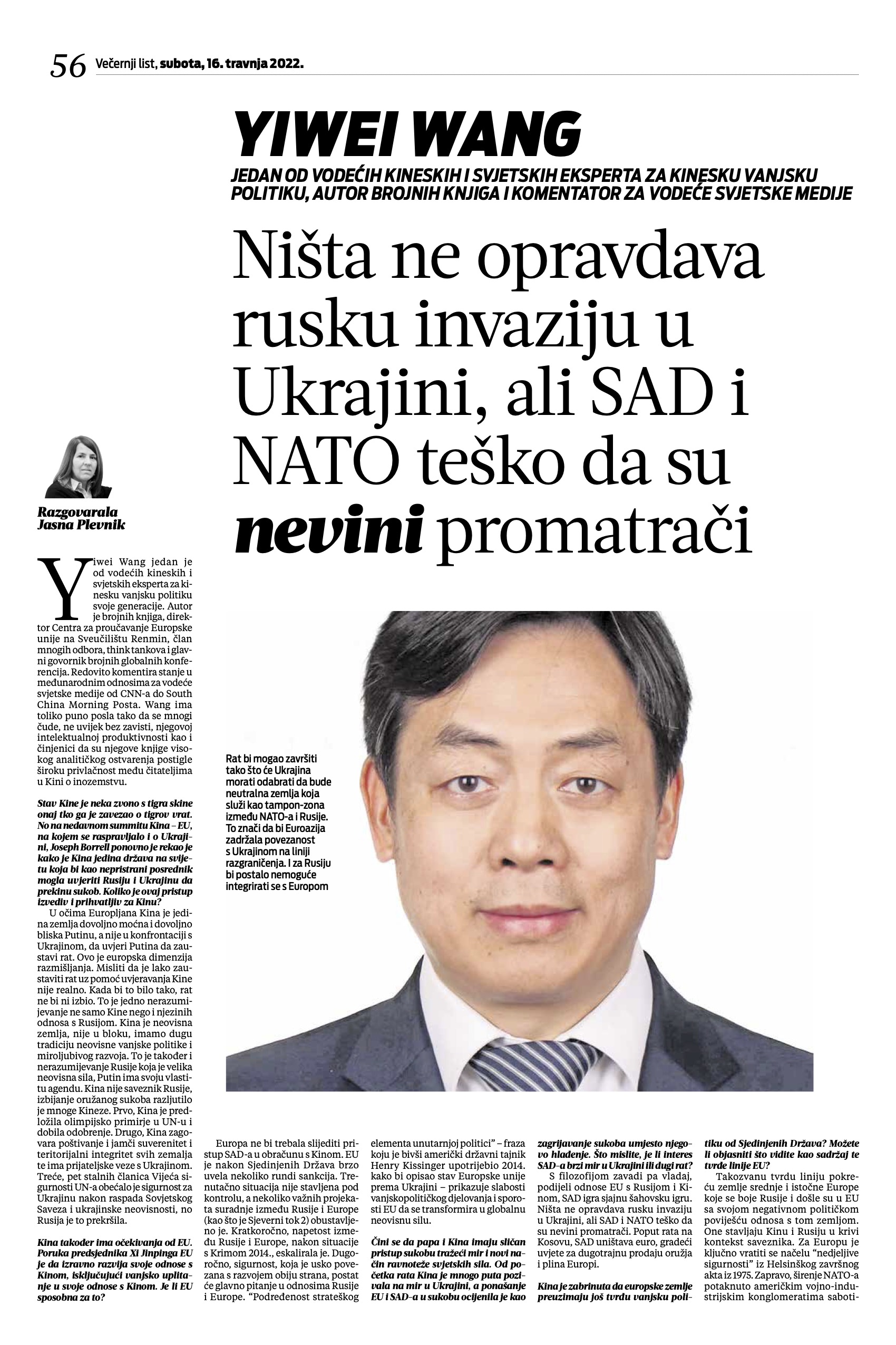