The Pope: War between Russia and Ukraine is a world war 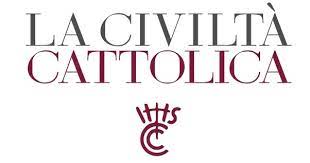 On Thursday, September 15, 2022, during his apostolic journey to Kazakhstan, Pope Francis met with 19 Jesuits working in the Russian Region of the Society of Jesus.

The Pope and the Jesuits had the conversation. The Geoeconomic Forum Croatia republished the Pope's reflections on the war in Ukraine and the suffering of ordinary people in Ukraine and Russia from tAntonio Spadaro's article, published in La Civilta Cattolica on September 29, 2022.

How do you see the geopolitical situation we are experiencing?

But, in your opinion, what are the causes of what we are experiencing?

The victim of this conflict is Ukraine. I intend to reflect on why this war was not avoided. War is like a marriage, in a way. To understand it, one has to investigate the dynamics that developed the conflict. There are international factors that contributed to provoking the war. I have already mentioned that a head of state, in December last year, came to tell me that he was very concerned because NATO had gone barking at the gates of Russia without understanding that the Russians are imperial and fear border insecurity. He expressed fear that this would provoke a war, and this broke out two months later.

So, one cannot be simplistic in reasoning about the causes of the conflict. I see imperialisms in conflict. And, when they feel threatened and in decline, the imperialisms react, thinking that the solution is to unleash a war to make up for it, and also to sell and test weapons. Some say, for example, that the Spanish Civil War was started to prepare for World War II. I do not know if that was really the case, but it could have been. I do not doubt, however, that we are already living through World War III. We have seen three in a century: one between 1914 and 1918, one between 1939 and 1945, and now we are living through this one.

Since February we have been striving to free hearts from hatred. For us, this is a priority pastoral commitment. We tell people that to hate anyone is not Christian. But the division is a burden we carry. Every day we pray the rosary for peace.

That is what needs to be done: to free hearts from hatred. From the first day of the war until yesterday I spoke constantly about this conflict, referring to the suffering of Ukraine. On the day of the country's independence, there was the flag in Saint Peter's Square, and I spoke about it, obviously. After speaking about Ukraine, I thought of saying a word addressed to the suffering of the two peoples, the Ukrainians, and the Russian. Because in wars it is the people who suffer. It is the poor people who pay, as always. And this generates hatred. Those who make war forget humanity and do not look at the real life of people, but put partisan interests and power ahead of everything. The ordinary people in every conflict are the real victims, the ones who pay for the follies of war with their own skin. I also referred to that girl who had been killed in an explosion. At this point, people forgot everything I had said up to then and only paid attention to that reference. I understand people's reactions because they are suffering a lot.

I recall that the day after the start of the war I went to the Russian Embassy. It was an unusual gesture; the pope never goes to an embassy. He receives the ambassadors personally only when they present their credentials, and then at the end of their mission on a farewell visit. I told the ambassador that I would like to speak with President Putin, provided he left me a small window for dialogue.

I also received the Ukrainian ambassador and spoke twice with President Zelensky on the telephone. I sent Cardinals Czerny and Krajewski to Ukraine to affirm  the solidarity of the pope. Archbishop Gallagher, the Secretary for Relations with States, also made an official visit. The Holy See’s presence in Ukraine has the value of bringing help and support. It is a way of expressing a presence. I too had in mind to go. It seems to me that God’s will is not for me to go at this precise moment; we will see later, however.

Some Ukrainian envoys have come to me. Among them the vice-rector of the Catholic University of Ukraine, accompanied by the adviser to the president for religious questions, an evangelical. We spoke, we discussed. A military chief in charge of the exchange of prisoners also came, again with President Zelensky's religious adviser. This time they brought me a list of more than 300 prisoners. They asked me to do something to make an exchange. I immediately called the Russian ambassador to see if something could be done and if an exchange of prisoners could be speeded up.

When a Ukrainian Catholic bishop came to visit, I gave him a package with my statements on the subject. I called the invasion of Ukraine an unacceptable, repugnant, senseless, barbaric, sacrilegious aggression… Read all the statements! The Press Room has collected them. Now, I would like to tell you that I am not interested in your defending the pope, but that the people feel caressed by you, the pope’s brothers. The pope does not get angry if he is misunderstood, because I know well the suffering behind it.

Holy Father, I am convinced that you will play a role if and when there is peace. And it will be a strong contribution. Please listen. We are a group of Jesuits from different countries. What steps do you as a Jesuit advise us to take? What do you ask of us? What can we do?

For me the thing to do is to show closeness. This is the key word: be close, help people who suffer. People must feel the closeness of their bishop, their parish priest, and the Church. This is God's style. We read it in Deuteronomy: "What great nation has gods so close to it, as the Lord our God is close to us whenever we call upon him?" God's style is closeness. 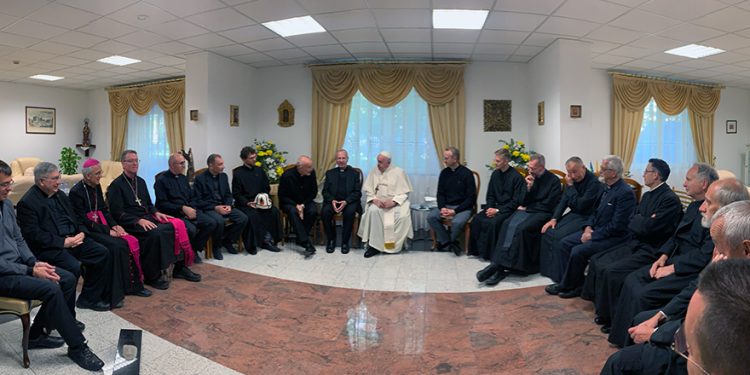 It is terrible when  political conviction  trumps religious values

As a provincial of Argentina you lived under a dictatorship. What was your experience there?

Dictatorial governments are cruel. There is always cruelty in dictatorship. In Argentina they took people, put them on a plane and then threw them into the sea. How many politicians have I known who have been in prison and tortured! In these situations one loses rights, but also human sensitivity. I felt it at the time. Many times I heard good Catholics say: "These communists deserve it! They asked for it!" It is terrible when  political conviction  trumps religious values. In Argentina it was the mothers who moved to fight against the dictatorship and look for their children. It was the mothers who were brave in Argentina.