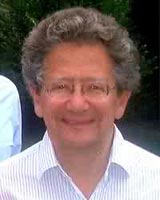 The aim of this Conference is spreading the knowledge about how consequences of economic globalization influence on the running state foreign policy. Although connecting causes with consequences is always a difficult job, the Conference wants to show, through the example of foreign policy of France, that globalization diverts foreign affairs towards establishing the postnational diplomacy which is primarily realized through economic diplomacy

The conference also wants to stress through the discussion of participants why the business community of Croatia should have a stronger influence on foreign policy than any other factor of Croatian foreign policy and it also advocates the strengthening of "pro trade" policy towards the other countries in the region instead of old Balkan geopolitics.

The process of changes caused by the influence of economic globalization on state foreign policy means a new approach to "economic diplomacy" which includes not only one department as it has been by now, but overall diplomatic actions of staff at all levels and up to the ambassador. The aim of this new approach is to show that a state can improve the competitive power of its economy through postnational-led foreign policy .
The existing economic diplomacy of Croatia is limited by the fact that it was designed first and foremost for functioning within the centralized state system and by its structure it is subjected to the political and symbolic function of diplomacy as well as to the function of legal representation. In the age of globalization diplomacy has to be in function of economy, with the sense of world as a whole, no matter which part of the world it comes from.
There is no such thing as a completely new fresh start, not in human life nor in international relations, so it is necessary to reform the existing economic diplomacy in such a way to become the dominant dimension of foreign policy of a country and an element of various diplomatic activities.
Postnational diplomacy operates in favour of economic interest of a country at all levels, even then when it works as a humanitarian activity and isn't called an economic diplomacy. All kinds of diplomacies, whatever they are called, have to find out a prospective regions for trade and industry which is the best way for economic breakout of Croatia.

WHO IS IT FOR?

For the public, academic and business circles, students, civil associations, government administration and media.
In the media Croatian foreign policy in the region is mainly presented from the geopolitical point of view, and entering the EU is presented as the fear of losing the national sovereignty. In this way the public does not get the real picture of the changes which were caused by the economic globalization in all the countries, and not only in Croatia. The Conference enables the citizens to understand easier the features of the age they live in and the necessity for adjusting to the economic globalisation which doesn't have to be bad.

Every conference of GEOFO considers important to encourage the kind of Croatian economic culture which gives the advantage to the social solidarity in relation to unlimited freedom of profit.
GEOFO advocates for the domination of economic function in foreign policy of the country, because it is the main characteristics of diplomacy in the age of economic globalization, but it should not be harmful to the social function of the state.